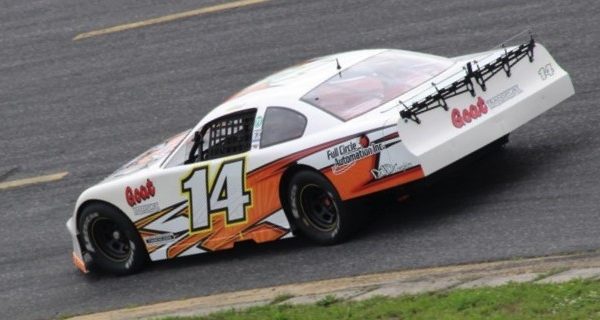 Local racers have become experts when it comes to change.

Weather, track conditions and mechanical issues can all play a role in a team’s performance but for the last couple of seasons, it has been COVID-19 that has had the biggest effect on Graham Racing. The father and son motorsports operation – based in Orono, Ontario – has seen their options extremely limited by the global pandemic. The team recently announced that they would returning to action over the Thanksgiving Weekend during the 2021 edition of the Autumn Colours Classic at Peterborough Speedway.

“Between Brandt and I, we might have raced about half a dozen times,” explained Craig Graham. “There were dates at Southern Ontario Motor Speedway and Humberstone Speedway with the Dirt Late Models and we had the pavement car at Sunset Speedway for a couple of shows. We were looking to do some travelling this year, but without being able to cross the border, we’ve had to pick and choose from events at tracks that were close to home.”

The Graham Racing drivers are quite familiar with the venue known as Canada’s Toughest 3rd Mile Oval. Craig Graham is a multi-time former track champion in the Late Model, Limited Late, Challenger and Thunder Car divisions, while Brandt was a regular in the Mini Stock class and scored a couple of wins at the popular Central Ontario raceway during his back-to-back championship seasons with the Ontario Sportsman Series. With Brandt handling the driving duties October 8th through 10th during this year’s Autumn Colours weekend, the team is excited to get back to the track.

“Even with our limited number of starts this year I’m sure I’ll be pleased with the piece the team has prepped for our return to Peterborough,” Brandt Graham said. “The crew – led by my grandfather Marten Rottine, with Rick Rowe, Ted Stacey and Ian Graham – always does a great job at making sure our equipment is ready for battle.”

The team thanks their sponsorship partners Arcade Pools, Full Circle Automation, J & M Restoration, Goat Transport and Beavis Excavating, with special thanks to Mayhew Graphics and Clarke Motorsports Communications for their support during the 2021 season.

Family, friends and fans can stay in touch with the team’s progress behind the scenes and at the track by visiting www.graham98racing.com or following Craig and Brandt Graham through the Graham Racing Facebook, Twitter and Instagram social media platforms.

After a couple of shows at Sunset Speedway this summer, Brandt Graham (No. 14) is looking forward to making his first career Late Model start at Peterborough Speedway’s Autumn Colours Classic.