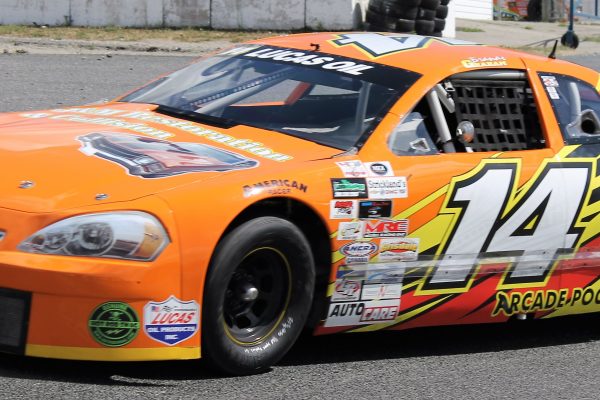 There’s a first time for everything.

Every race car driver will always remember their first career feature event victory. For Orono, Ontario’s Brandt Graham that special moment came at Full Throttle Motor Speedway on Saturday, September 12th of last year. The win earned the youngster his place in Lucas Oil Sportsman Cup history books as the youngest winner in series history and helped propel him to a 4th place finish in the final point standings and the rookie of the year award.

When the tour returns to the Durham, Ontario oval Saturday, August 27th, Graham will be carrying a 3 race win streak and the series point lead into the fray. The 18 year-old second generation speedster says he’ll approach the event the same way he has every other show.

“Whether at home in the shop or on the road at the race track, we’ve always been a well-prepared team, but once the green flag flies its just another race on the schedule,” said Graham. “Our current win streak has been fun and great reward for the hard work by our team. Every track is different and there’s no way to predict the outcome of any race. We’ll just do our homework, prepare the car for the show and hope for the best results possible.”

Even though it seems like things just got rolling a couple of weeks ago, the season is winding-down and there is just a pair of events remaining on the schedule. No matter what happens during the return to Full Throttle Motor Speedway or next month’s 2016 finale at Flamboro, Brandt Graham says he couldn’t be happier with the way his sophomore season on the Lucas Oil Sportsman Cup Series has progressed.

“We’ve had some excellent runs throughout the year and to have 6th be our worst finish of the season is quite an accomplishment for what is essentially a young team,” admitted the driver, who’ll be starting studies in the Trades Fundamentals Program at Durham College in September. “I’ve been very fortunate to have a number of family, friends and fans support what we’re trying to do. When I first started out in the sport, I was told that racing is supposed to be fun and everyone on our team is having a fantastic time.”