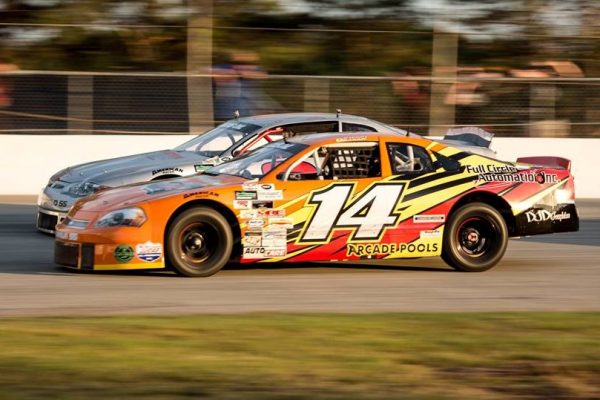 The first official laps of this year’s tour is less than a week away, but Brandt Graham already finds himself in an enviable position. The talented, second generation speedster from Orono, Ontario – who’ll celebrate his 19th birthday on Friday, May 12th – will look to earn consecutive championships on the Lucas Oil Sportsman Cup Series.

A former Mini Stocker at Kawartha and Peterborough Speedways, the youngster forced the provincial motorsports community to sit-up and take notice with an impressive freshman season in 2015 that saw him claim the rookie of the year honours and his first career victory, while pocketing a 4th place finish in the final point standings. A year later, Brandt Graham was the talk of the tour with a streak of 3 straight main event wins – including a $1,000 bonus payout for taking back-to-back checkered flags at Sauble Speedway – on the way to becoming the youngest title-holder in LOSC history.

“We’ve had a couple of great years on the tour and I’m really looking forward to getting things underway for the new season,” Graham said. “Three shows are at Flamboro and we had the chance to test there a while ago. The car felt great and we used time to try some different set-up ideas. We’re always doing our homework and I’m confident that we have the equipment to get the job done. My birthday is the day before the first event of the year and I can’t think of a better place to celebrate than in victory lane.”

With his team focused on preparation, Brandt Graham says the crew nearly took apart the entire car during the off-season. The frame, cage suspension components and drivetrain were checked over. Welds were examined and then the car was painstakingly and meticulously put back together. Parts lists were drawn-up and worksheets put into place for each race date on the schedule.

“The people who work on the car put in some long hours in the shop and at the track, but we’re all working toward the same goal,” the driver of the #14 Chevrolet SS admitted. “From rookie of the year to series champion are a couple of big steps. From this point forward, we’ll need to maintain the same level of success and that starts and ends with a lot of hard work, along with the right amount of racing luck. If everything comes together the way we’re hoping, I think it’ll be a great year.”

Orono, Ontario’s Brandt Graham (#14) will take the first step in defence of his Lucas Oil Sportsman Cup Series championship when the series gets underway for 2017 – Saturday, May 13th – at Flamboro Speedway.