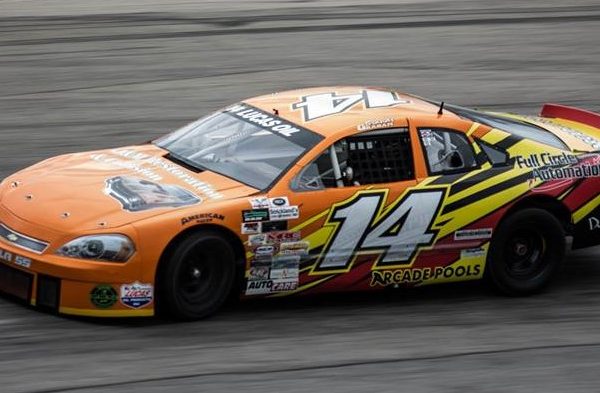 Maintenance is an important component of any weekly or touring stock car racing series. A good program covers more than just updates to equipment that are done behind the scenes in the shop or before an event at the track. It also pertains to putting together a package that will let a driver maintain their position in the point standings.

Ever since a 3 race win streak that began with back-to-back Lucas Oil Sportsman Cup Series checkered flags – that included the $1000 ‘Boss of the Beach’ Bonus – at Sauble Speedway, Brandt Graham has occupied the top spot in tour points. With only one event remaining on this year’s schedule – Saturday, September 17th – at Flamboro Speedway, the talented teen from Orono, Ontario is looking for a finish that will let him capture the 2016 crown.

“This year has been an amazing one for our team and its all come down to just one race,” said the second generation racer, who recently started the Trades Fundamentals Program at Durham College. “Our crew has been working so hard since the first event of the season and we’re all excited to see how things are going to play out at this weekend’s finale at Flamboro.”

Brandt Graham’s performance has already earned its own chapter in the Lucas Oil Sportsman Cup Series history books. He scored his first checkered flag at the age of 17; the youngest ever winner on the tour. In 2015, he was named rookie of the year and finished 4th in the point chase. This year’s 3 race win streak put the team in the spotlight as one of the best prepared cars in the field and to be leading the standings this late in the year – at the age of 18 – is quite an accomplishment.

“17 points isn’t much of a margin, but I’m hoping we’ll be able to hang onto the lead,” said Graham. “We tested at Flamboro Speedway before the first event of the season and it will be our 3rd race there this year, so our set-up book is full of some quality notes. Winning the championship would be the perfect way to end a great season.”

With just a single event remaining in the season – Saturday, September 17th, at Flamboro Speedway – Brandt Graham holds a 17-point lead in the chase for the 2016 Lucas Oil Sportsman Cup Series Championship.