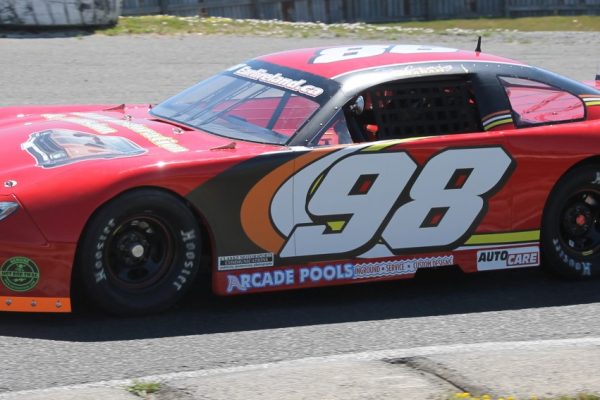 The clock is running and hours are ticking away. In less than a week, Central Ontario’s most anticipated motorsports events will take the green flag, with the arrival of the 24th Annual Autumn Colours Classic at Peterborough Speedway. For the first time since 2014, Craig Graham will be in the Late Model starting field when the Super Bowl of Stock Car Racing rolls from the staging area. The 44 year-old father of 2, from Orono, Ontario – who has served as mentor and coach for his son Brandt’s Lucas Oil Sportsman Cup Series effort over the last 2 years – says he’s looking forward to running the popular event.

“I’ve had some good success at Peterborough over the years and this is a race I always enjoyed being part of,” said the former multi division track champion. “Autumn Colours is the culmination of a season of hard work for teams in every division and to take home a win from the season-ending spectacular would be quite an accomplishment. Even though I haven’t raced much lately, it all comes back to the forefront once the seat belts are fastened and the steering wheel gets locked into place.”

The 75 lap main event for the Earl Ireland Auto Sales Late Models may seem like a long race, but depending on the circumstances, it has the potential to roll-by quite quickly. While his goal is to get to the front of the pack, everyone in the starting field will be facing the same challenges. Craig Graham says he’ll have to wait until the green flag waves to see if he’ll take a cautious or aggressive approach to the event.

“Peterborough Speedway’s bottom line has long been the preferred racing line, but we can’t all run there,” said the driver. “You’ll have to be daring enough to venture up to the top at some point to pick up a position or 2, but then it can become an issue to get back down. That’s where a good handling race car and spotter who’s on their toes can be a huge benefit.”

After finishing 6th at the Chase for the Colours event, Craig Graham has a provisional starting spot for what is tentatively scheduled to be 5th in the order of feature races Sunday, October 9th. The weekend will also be a role reversal of sorts for Graham Racing, with Brandt Graham serving as spotter while his father tackles the action on the track.

“A strong showing at Autumn Colours would be the icing on the cake for our team,” said Craig Graham, who until this year has run the year-end event Pro Late Model event, with a string of showings in and around the top 10. “Brandt’s Lucas Oil Sportsman Cup Series championship run was a great way to start the late-season events and I’m hoping we’ll have a strong enough Late Model effort throughout the weekend to continue that charge.”