2018 Results Give Graham Racing Hope for the Future 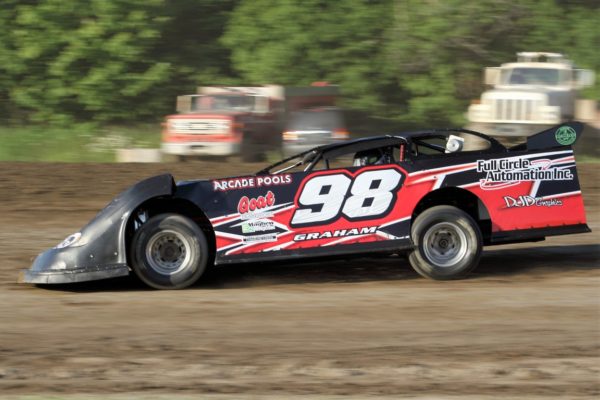 With a weekly schedule that starts late in April and continue to mid-way through September, teams at Brighton Speedway are kept busy behind the scenes and at the race track to keep their equipment ready for action at the popular 3rd of a mile Northumberland County clay oval. For the father and son duo of Craig and Brandt Graham, the process is twice as intensive as the pair of racers from Orono, Ontario works to get their Pro Late Model and Canadian Modified rides to the track every Saturday night.

A dedicated, hard working crew – led by the Craig’s father in-law and Brandt’s grandfather Marten Rottine – did their part throughout the 2018 campaign, leading to 12th and 11th place point finishes in the final standings of their respective divisions. Craig Graham says having both teams racing at the same place once again was a great experience.

“We had raced together at Kawartha and Peterborough before, but not in quite a while,” Craig Graham said. “Over the past few seasons, our focus was Brandt’s tenure with the Lucas Oil Sportsman Cup Series. That paid off with the 2016 and 2017 tour championships, as well as several very impressive accomplishments that will likely hold a place in the record books for a number of years.”

After a career in pavement racing, both drivers are cutting their teeth on dirt. An early season rollover cost Craig Graham some seat time in his second year of Late Model action, while his son – who recently celebrated his 20th birthday – wrote a fresh chapter in his racing archives with every turn of the steering wheel. Brandt Graham says both teams are pleased with what the season had to offer.

“We’ve always been a positive race team and proud of our accomplishments,” said the youngster. “Some of the things – like top 10 finishes or qualifying heat wins – that others might take for granted will always matter. We’re still learning about the cars whenever we race and everything we’re able to achieve is a part of that education.” 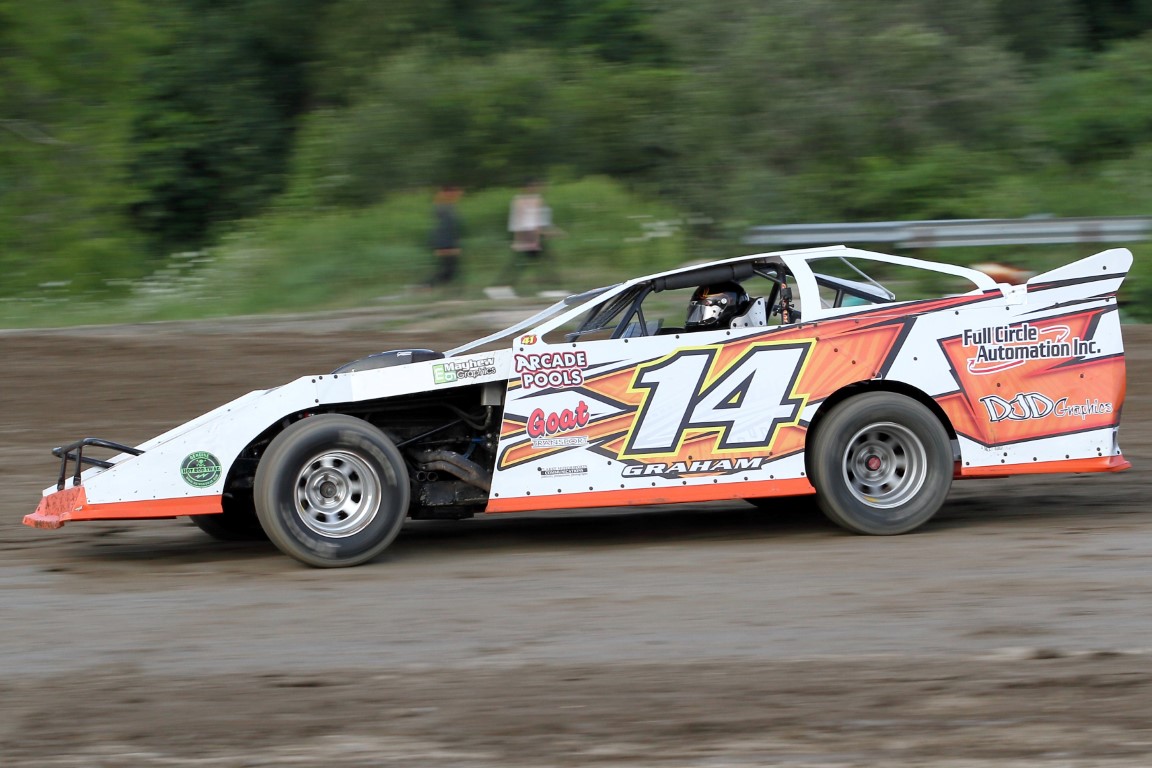 Once back in the fray at home, Craig Graham decided to hit the road to gain some extra track time at different speedways. A last-minute, Friday night trip to Ohsweken Speedway put a new page in the team’s set-up notebook. There was also a mid-season start at Cornwall Motor Speedway and in September, he made first-ever visit to Fulton Speedway for a North East Late Model Alliance tour stop. Craig Graham says the team has never lost its focus on the big picture.

“The goal is always to have fun,” said the driver. “When you have a lot of fun, it boosts your confidence and encourages you to push the envelope a little more. I really enjoyed seeing some different tracks throughout the season.”

Follow the team behind the scenes and at the track by checking @graham98racing on Twitter and the Graham Racing team page at www.facebook.com. Look for www.graham98racing.com, an Image Factor web-site. Clarke Motorsports Communications is proud to have supported the 2018 season for Graham Racing.

Craig Graham (#98) finished 12th in the 2018 Brighton Speedway Late Model standings and gained some valuable seat time and experience during his travels to other tracks during the year.

It was a strong first year of dirt track racing for Brandt Graham (#14), who finished 11th in the final 2018 Canadian Modified standings at Brighton Speedway.